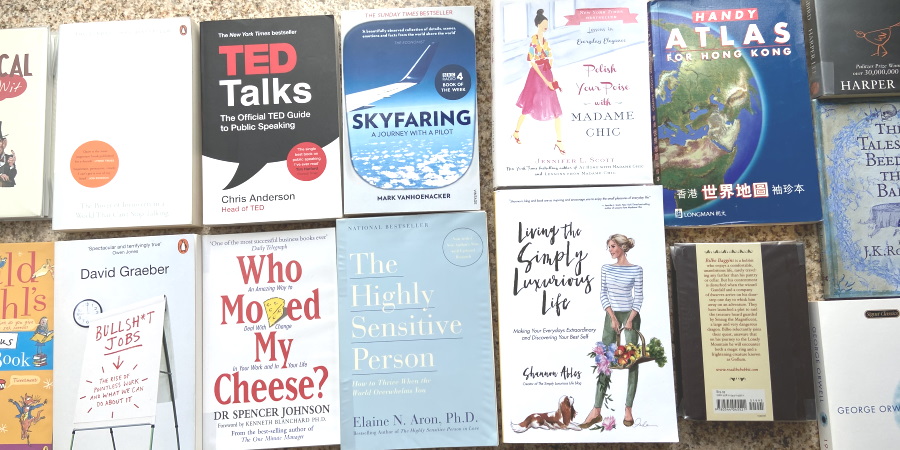 “But though slightly drunk he was also suffering under some grief that was genuine and unbearable. In his childish way Winston grasped that some terrible thing, something that was beyond forgiveness and could never be remedied, had just happened. It also seemed to him that he knew what it was.”

“If the Party could thrust its hand into the past and say of this or that event, it never happened – that, surely, was more terrifying that mere torture and death.”

“Always in your stomach and in your skin there was a sort of protest, a feeling that you had been cheated of something that you had a right to… why should one feel it to be intolerable unless one had some kind of ancestral memory that things had been different?”

“At any moment the tension inside you was liable to translate itself into some visible symptom.”

“And even when they became discontented… their discontent led nowhere, because, being without general ideas, they could only focus it on petty specific grievances. The larger evils invariably escaped their notice.”

“Perhaps a lunatic was simply a minority of one.”

想起《愛麗絲夢遊仙境》中，愛麗絲跟帽子先生的對話。
帽子先生： Am I going mad?
愛麗絲： Yes, you’re mad, bonkers, off the top of your head… but… I’ll tell you a secret. All the best people are.

“They were like the ant, which can see small objects but not large ones. And when memory failed and written records were falsified… the claim of the Party to have improved the conditions of human life had got to be accepted, because there did not exist, and never again could exist, any standard against which it could be tested.”

“There it lay, fixed in future time, preceding death as surely as 99 precedes 100. One could not avoid it, but one could perhaps postpone it: and yet instead, every now and again, by a conscious, willful act, one chose to shorten the interval before it happened.”

“The world-view of the Party imposed itself most successfully on people incapable of understanding it. They could be made to accept the most flagrant violations of reality, because they never fully grasped the enormity of what was demanded of them, and were not sufficiently interested in public events to notice what was happening. By lack of understanding they remained sane. They simply swallowed everything, and what they swallowed did them no harm, because it left no residue behind, just as a grain of corn will pass undigested through the body of a bird.”

“If you can feel that staying human is worth while, even when it can’t have any result whatever, you’ve beaten them.”

“The two aims of the Party are to conquer the whole surface of the earth and to extinguish once and for all the possibility of independent thought.”

“In a sense it told him nothing that was new, but that was part of the attraction. It said what he would have said, if it had been possible for him to set his scattered thoughts in order.”

“Crimestop means the faculty of stopping short, as though by instinct, at the threshold of any dangerous thought. It includes the power of not grasping analogies, of failing to perceive logical errors, of misunderstanding the simplest arguments if they are inimical to Ingsoc, and of being bored or repelled by any train of thought which is capable of leading in a heretical direction. Crimestop, in short, means protective stupidity. But stupidity is not enough. On the contrary, orthodoxy in the full sense demands a control over one’s own mental processes as complete as that of a contortionist over his body.”

“To tell deliberate lies while genuinely believing in them, to forget any fact that has become inconvenient, and then, when it becomes necessary again, to draw it back from oblivion for just so long as it is needed, to deny the existence of objective reality and all the while to take account of the reality which one denies – all this is indispensably necessary.”

“Being in a minority, even a minority of one, did not make you mad. There was truth and there was untruth, and if you clung to the truth even against the whole world, you were not mad.”

“And until that happened, though it might be a thousand years, they could stay alive against all the odds, like birds, passing on from body to body the vitality which the Party did not share and could not kill.”

“Of pain you could wish only one thing: that it should stop. Nothing in the world was so bad as physical pain. In the face of pain there are no heroes, no heroes, …”

[Afterword] “The mood it expresses is that of near despair about the future of man, and the warning is that unless the course of history changes, men all over the world will lose their most human qualities, will become soulless automatons, and will not even be aware of it.”

[Afterword] “in a system in which the concept of truth as an objective judgement concerning reality is abolished, anyone who is a minority of one must be convinced that he is insane.”

Theme by Anders Noren — Up ↑